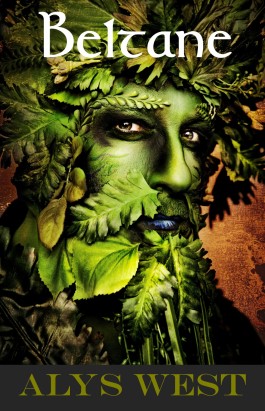 I’m delighted to announce that my supernatural fantasy romance, Beltane, has a gorgeous new cover.  The cover features a rather good looking Green Man.  I’m rather taken by his lovely eyes and how it’s clear that under those leaves there’s a really interesting and (let’s be honest) downright sexy guy.

Now if you’ve not read Beltane then you might be thinking, what’s with the Green Man.  I’m afraid to answer that question would need a spoiler alert so I’ll just say that the Green Man is a very key character in the book.

My original title for Beltane was The Green Man but after one too many person said, “Sounds like a pub” I decided Beltane was a better option. It’s taken me a while to find my perfect Green Man for the cover and, since I published the book, readers have very kindly sent me Green Men that they’ve found on their travels.  I’ve now got pictures of Green Men from all over the UK so I thought I’d share a few with you.  There’s stone ones, wood ones, knitted ones and even ones on biscuits! 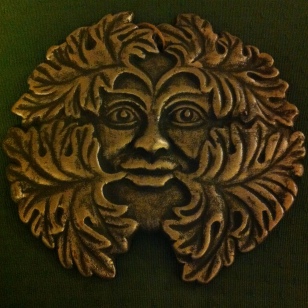 Green Men have been around for many centuries but that name wasn’t used until 1939 when Lady Raglan coined it in an article about ‘The Green Man in Church Architecture’ which was published in the Folklore Journal.  Before that they were known as foliate heads being essentially heads surrounded by foliage.

Green Men are surprisingly ancient.  There are Roman examples of the Green Man and carvings from Mesopotamian in present-day Iraq.  Surprisingly, as he’s (probably) associated with fertility and nature, he’s found in many mediaeval churches where you’ll find him carved in wood or stone.  He had a bit of a revival in the nineteenth century when he was a favourite of the Gothic revivalist and arts and crafts movement.  Since then he’s been interpreted by artists, had a festival named after him and a lot of albums (I’ve just discovered, and I have to say it seems somewhat unlikely to me, that Mark Owen of Take That’s 1996 solo album was called ‘The Green Man’) and given his name to a Morris side (which my Morris dancing friend tells me is the technical name for a group of Morris dancers).

The Green Man is sometimes confused with Jack in the Green (the trickster character of English May Day parades), Green George (who it turns out is a leaf covered young man in mummer’s plays), John Barleycorn (a character in a folk song which personifies the life cycle of barley) and Robin Hood (yes, the robbed from the rich to give to the poor Nottinghamshire outlaw).  But he predates all of them.

I hope you’ve enjoyed looking at my Green Man photo gallery.  They’re all remarkably handsome in different ways.  If you’ve got a photo of a Green Man or if you see one on your travels then I’d love to see it.  You can add a comment below, tweet me at @Alyswestyork, post on my Facebook page @alyswestwrites or visit my website at www.alyswest.com

...where Kim muses over all things literary.

Contemporary romance from around the world