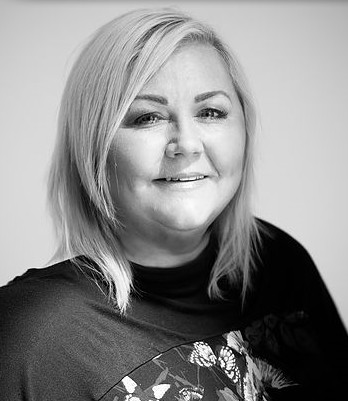 Helen Phifer is the #1 Bestselling crime and horror novelist of the Annie Graham and Lucy Harwin series. Helen lives in a small town called Barrow-in-Furness with her husband and five children. She has lived in the same town since she was born. It gets some bad press, but it really is a lovely place to live. Surrounded by miles of coastline and not too far away from the beautiful Lake District, where she likes to visit as often as possible. She has always loved writing and reading since the days she learnt how to in infant school. She loves reading books that make the hairs on the back of her neck stand on end and make her afraid to go to the toilet, alone in the middle of the night. She is eternally grateful to Stephen King, Dean Koontz, James Herbert and Graham Masterton for scaring her senseless in her teenage years. Unable to find enough of the scary stories she loves to read, she decided to write her own.

Her debut novel The Ghost House was released October 2013 and introduced readers to police officer Annie Graham. It went on to be an Amazon #1 bestseller in Canada. It reached #1 on the Amazon Contemporary Horror Charts in both the UK and the US, pushing her idol Stephen King off his #1 spot many times. She was thrilled when the second book in the series The Secrets of the Shadows managed to push The Ghost House off its #1 spot even if it was a little surreal. This was followed by The Forgotten Cottage, The Lake House, The Girls in the Woods and The Face Behind the Mask.

The Good Sisters is a standalone old, fashioned horror story which Helen admits scared her so much when she was writing it that she couldn’t write once it got dark. Set in an abandoned convent it will definitely give you the chills.

March 2017 saw the publication of The Lost Children, a gripping psychological thriller which introduced readers to the dangerous world of Detective Inspector Lucy Harwin. Helen is currently working on the second book in the series which is due for publication November 2017as well as plotting the next Annie Graham Book. Helen’s first novel with Fabrian Books is a ghost story set in New York which was released in April 2018.

You can find out more about Helen and her books on her website.