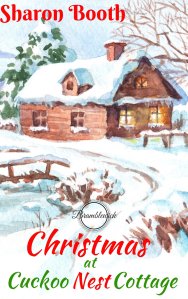 Holly knows something’s not right about her life, but she can’t figure out what it is. Where did it all go wrong? She has a job she enjoys in Bramblewick’s surgery, friends she’s known and loved for years, a surrogate grandmother in her next-door neighbour, Lulu, and a boyfriend she adores.

Yet Holly’s become increasingly unhappy and confused. So much about her life no longer makes sense, and she’s uncertain who she can trust. Are her friends really on her side? Is she still capable of carrying out her job to satisfactory standards? Why does she keep messing things up with Jonathan, the boyfriend who puts up with more than anyone else ever would?

With two weddings to attend and Christmas rapidly approaching, all Holly wants is peace, calm, and an end to the confusion; instead she finds herself facing an impossible choice that makes her worries about being the only fat bridesmaid seem irrelevant. How can she decide between the two people she loves most in the world?

Then there’s Lewis … Newly arrived in the village, calm, easy-going and straightforward, his only vice appears to be his addiction to pear drops. Through him, Holly realises she’s been losing a war she had no idea she was fighting. Can she muster the strength for one final battle?

Maybe all she needs is a little help from her friends …

You can buy Christmas at Cuckoo Nest Cottage here.

Welcome to Yorkshire and an uplifting world of love and friendship

Comfort reads with a dash of fun